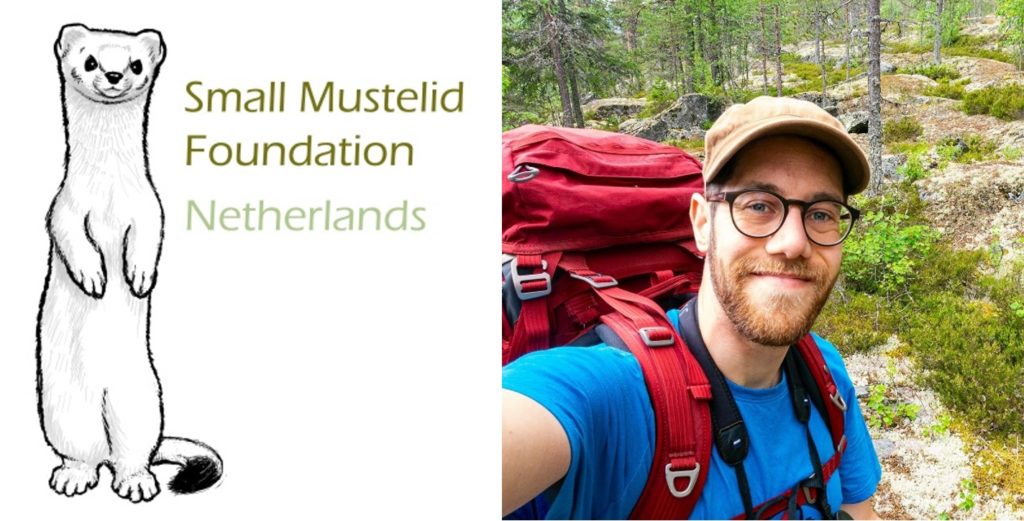 Unfortunately, we have had to say goodbye to Erwin van Maanen who is leaving as a board member of the Small Mustelid Foundation. Erwin can be seen as one of the initiators of research and protection of small mustelids in the Netherlands. In recent years, he was one of a group of enthusiastic people that made a major contribution to the current state of knowledge and expertise about small mustelids. We thank Erwin for his contribution and commitment and wish him the very best with his further work on, amongst others, wolves and rewilding.

The SMF found Tim Hofmeester willingly to join the SMF as a board member. Tim is researcher at the Swedish University of Agricultural Sciences in Umeå and has been affiliated to the SMF as an external advisor for several years. In his new position as chairman, and together with board members Fokko Bilijam and Jeroen Mos, he will contribute to the study and protection of small mustelids in the Netherlands and abroad. In his new position, he aims to focus on connecting small mustelid researchers, and increasing collaboration, especially on an international scale.