The SMF tries to contribute internationally to increase our knowledge about small mustelids and to create support for research and conservation. Over the years, we have grown our network of researchers, conservationists and naturalist by actively partaking at symposia and conferences, where we share experiences and knowledge of small mustelids. We have presented several oral and poster presentations, as well as led a workshop about the study and monitoring of small mustelids at the European Mustelid Colloquium in Lyon in 2017. 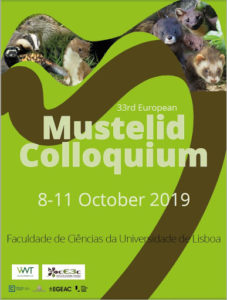 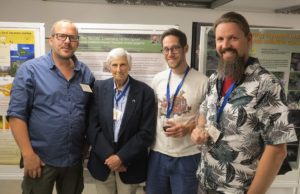 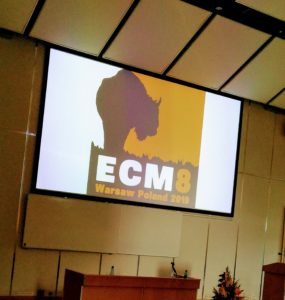 Contributions of the SMF to conferences and symposia.

Collaboration on innovative research techniques resulted in an experiment at the Otter-zentrum in Hankensbüttel, Germany, in 2017. Together with Swiss researchers from the University of Zürich, that developed a TubeCam for a.o. small mustelids, we tested the Mostela on it´s effectiveness for detecting stoats. The goal of the experiment with captive animals, was to test if stoats would go through tracking tubes and Mostelas with an 8 cm tube. Just to be sure, we also applied some 10 cm tubes. We were allowed to place research material in four enclosures that housed a total of 11 stoats. In every enclosure we placed a Mostela with external camera traps and several tracking tubes. We retrieved the material after two weeks, after which it was clear that stoats made use of both the 8 and 10 cm tubes. Notice that these results were obtained with captive animals that might show different behaviour than wild ones, especially as they were used to move through a tube system to reach their resting cavities. We are very grateful to the support of the Otter zentrum, that allowed us valuable insights into the behaviour of stoats and the testing of research materials. 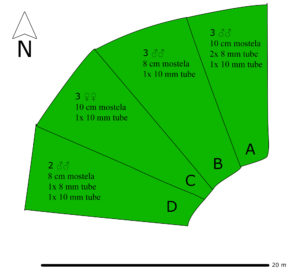 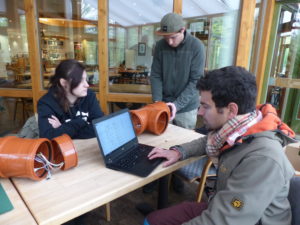 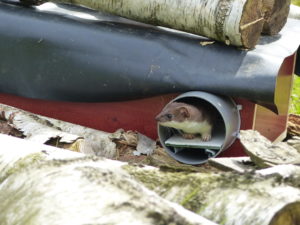 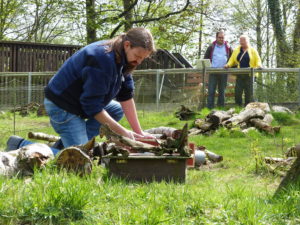 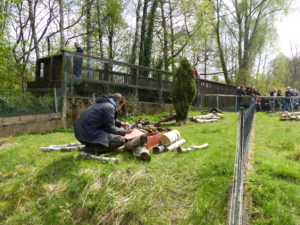 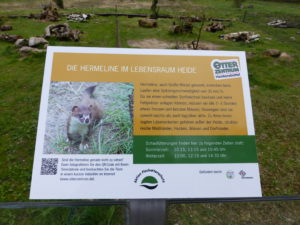 Several years ago we started our collaboration with The Vincent Wildlife Trust, a.o. testing and developing the Mostela and creating support for and initiation of research on small mustelids in Europe. Several colleagues of the VWT visited us in the Netherlands in 2018, when we showed them some of our field sites and discussed field application of research protocols for weasel and stoat. Consequently, the VWT applied several of the methods in a couple of places in the UK to test them in another context. Some of these projects are shown here. In 2018, they published the results of a pilot study using the Mostela in the UK (Croose & Carter 2018, see information sources).

The SMF has been working together with researchers at the Mammal Research Institute Białowieża in eastern Poland for several years. Białowieża was the first place outside of the Netherlands where the Mostela was tested and we are currently working on a joined publication of these data. Furthermore, we have learned a lot from our Polish colleagues about weasel behaviour and ecology.

The habitat foundation, knowledge exchange for the monitoring of small mustelids in the Balkan.

We have exchanged knowledge with the Swiss Wieselnetz about the use of tracking tubes and the building of landscape structures to mitigate or compensate for small mustelids.

Turocat, o.a. knowledge exchange about the use of camera traps to monitor polecats.